Our trip to Manchester had a very early start with a lot of sleepy faces, luckily there was plenty of time to catch a few winks!

We arrived in Salford where the first point of interest was the Imperial War Museum. The groups overall impression of the museum was that the façade and exterior aesthetics were creative and set the building apart from the surrounding buildings.

However, after exploring the inside of the museum, the majority of the group described the interior space as wasted and lacking functionality. Within the internal space we observed that floor sloped into one corner which was bizarre considering the building seemed to sit on a flat site. Led by our tutors Peter & Garry we started to explore and discuss the City and its history.

We began our journey from the museum by crossing the foot bridge. To define the contrast between two main buildings of this site, the Lowry Theatre & Gallery succeeds where the War Museum fails. The exterior, while it is very bold and eccentric, it appears to be too complex in relationship to the surrounding context.

On the other hand, we agreed that the interior functionality was more successful in comparison to the museum. We came to this conclusion because all of the pathways are distinctive in colour and texture, for a better service design of the building.

Also, there is logic behind the interior arrangement of spaces. While the cultural side of the building sits within it, at its core, the exterior is host to all the commercial and social activities that are available to the customers.

After taking the tram back into the heart of the city, one of the first places that we visited was the University of Manchester, School of Architecture. We were led on a tour of the building, when the functionality and materiality of the space was very well presented to us.

The interior was similar to Birmingham University that we visited early this year. Most of the raw materials give a very industrial look to the place, while the level arrangement allows for a lot of high spaces to be formed inside. The student studios are made to be very open, both in plan and in views, in order to maximise the level of engagement with the entire student/staff group of the university.

The next point of interest was the Manchester Industry Museum, which is built upon the site where the first steam engine was made. The whole city seems to emphasize the historical importance behind this development, through its various and numerous railway tracks.

After visiting the Manchester Industry Musuem we were allowed to wonder around the city, which at this point it was starting to get dark outside. Passing by the city Library and the Town hall, the Spinning fields development, the Andale area and the Northern Quarter we were evident to the change in atmosphere as nighttime descended.

The whole city, with all its clear vertical development is accentuated by the impressive style and the amount of existing lighting. One could almost say the city gains another aspect altogether, and it becomes reborn.

It was a lovely experience and we covered a lot of ground in just one day! Needless to say, we all enjoyed a lovely snooze on the way home and experienced achy muscles the following day! 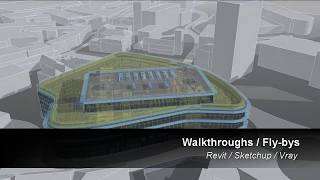